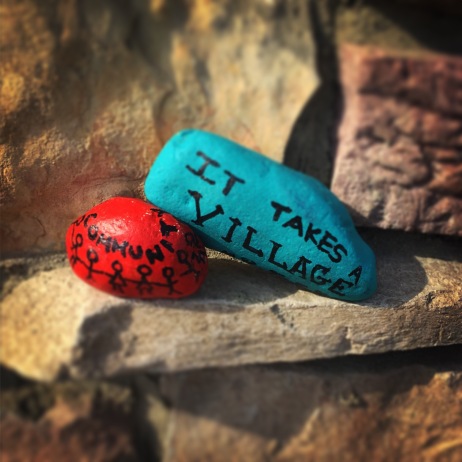 We continue to hear and use the popular ancient proverb “It takes a village (to raise a child),” referring to the idea that child rearing is a shared responsibility and that children thrive when they grow up as part of a connected community. For my husband this quite literally was the case.

He and his family often share stories about his upbringing that clearly illustrate this shared responsibility that occurred back then. My husband grew up in a small village a very short distance from Heathrow Airport in London, England. As a North American, I often think of small villages as being out in the country, but in England (for the most part) this is not the case. English villages are comparable to North American residential neighbourhoods, in that they are just as connected to commercial centres as our neighbourhoods are. What is different, is that unlike our neighbourhoods, every village or town in England has a high street. With the increase of chain stores and supermarkets that have popped up since my husband’s childhood, the high streets in most towns and villages have mostly become thoroughfares with a few retailers or businesses here and there. When my husband was a kid though, the high street was much, much more than that.

The high street back then was not only where you found the local butcher, baker, green grocer, fish monger, and chippy (fish and chip shop), but it was also where you went to connect with your community. My husband shares stories of walking with his mother (a stay-at-home mom) to the high street. This was an excursion that occurred daily in order to pick up their groceries and necessities for the day. He shares that there was never a shortage of kids to play with outside in the high street, while his mother ran the daily errands. He and his siblings (and several other kids) were supervised by other neighbourhood adults who also converged in the area to socialize once they were done their shopping. He recounts that even his younger brother was left outside in the pram, which was far too wide to manoeuver through the skinny aisles of the small shops, and this was by no means considered irresponsible parenting, but was actually common practice. People were connected, they knew their neighbours and they helped each other out!

Another common practice back then that encouraged “village child rearing” was the multigenerational household. Although my husband’s grandma didn’t live with them, she was at their house daily for supper at minimum. For this reason, she also played a big part in raising him.

At first these stories seemed so strange to me, but mostly they made me long for this type of living. A life where young kids are raised at home with a parent or family member, and where we know and trust our neighbours. A life where there is collaboration within the community for the greater good of the community, and one where we are less isolated from, and more connected to, and supported by the people around us.

Many would perhaps say that this is wishful thinking on my part, which in some ways may be true. Family life has obviously changed immensely over the years. For starters, most families are now two working-parent families with both parents working long hours, and half of us now either do Click-and-Collect or have our groceries delivered! Also, by no means am I sending out an invitation to my parents to move in with us (no offense mom and dad), nor am I suggesting that others need do the same!

It seems as though these long work hours and this different way of life leave us little time or opportunity to connect with neighbours, friends and family. It’s strange in a way that during a time when the internet has allowed us to be more connected than ever, in other ways we are also more isolated than ever. How odd that people living oceans apart can know so much about each other, while knowing so little about the people living right next door to them! Our way of life today makes it very easy to remain isolated from the people who are living in closest proximity to us, so can we get back to the village way of life or a renewed version of it?

Since our first was born, my husband has been a stay-at-home dad to both of our kids, so that part of my vision has at least come true for us. We also recently moved to a new neighbourhood, one that my husband has dreamed of being a part of since moving to Canada about ten years ago. Similar to the concept of the high street that he grew up knowing, our new neighbourhood has village shops and a strong sense of community, so it is no surprise that this is where he has felt at home and has dreamed of living. As we settle into our new home, we are also working on getting to know our new neighbours and community. Although the village shops are not crawling with kids running around outside while the adults get their shopping done, I have gained hope that we can still continue to build this village lifestyle I dream of, or at least the 21st century variety.

This renewed version I imagine, is still a place to pass on wisdom, lean on each other and share responsibilities. It’s also a way to simplify and enjoy life together, cause let’s face it, life has gotten a whole lot more hectic over time as well! And this renewed village that I envision, is not just for those who are raising children. It’s really a village for all community members to come together, connect and support each other.

But how do we get there? How is it different?

Obviously it’s unrealistic to think that we can all converge in the village centre mid-day to socialize and get to know each other, but the “getting to know each other” part does remain the most important part in building the 21st century village. Really, that’s all we need to do! The rest will come naturally. As I have said in many of my prior posts, humans are creatures of attachment. This hasn’t changed, nor is it going to anytime soon. We naturally crave relationships with others, we want to connect with people, and we also tend to want to do good by those we care about and are connected to (hence my belief that once we are connected, the rest will come naturally). What’s different about the 21st century village is how we build those connections and maybe even who we build them with.

My family and I are lucky to have moved to a new development where the community has already been working hard to build the village (literally and figuratively)! Our community has a resident’s association that organizes a variety of community events which allow opportunities for people to connect and get to know each other. Information is shared with the community through various social media platforms, allowing residents to remain in the know and easily share information with each other, like the resident who was recently without a car for a few days and who put out a simple request to the community via Facebook to see if they could carpool with someone else going downtown. Problem solved! Simply awesome!

Our family has also been very involved in the “rock game” that is all the rage right now in many cities. It has encouraged us to get outdoors much more (to hide and find painted rocks), which inevitably has also allowed us to meet and connect with many of our new neighbours at the same time. And the social media component of the game, as well as other social media groups and platforms that we have joined, have been a great way to continue connecting with these neighbours who we wouldn’t necessarily encounter again in the neighbourhood right away. 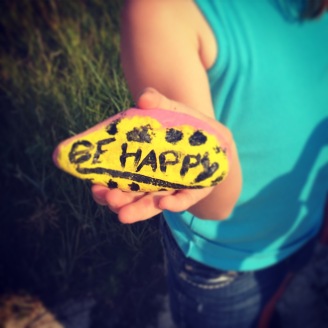 The staff at the community school which is set to open this fall have also been working hard to connect with the community by running a summer selfie bingo game, connecting with families on Twitter, and sending out welcome letters to their future students. I am so encouraged by this, as schools can also play an important role in connecting families within a community. These small efforts made by the school have already allowed my daughter to connect (in a very 21st century way I might add) with students (and staff) that she will be going to school with in the fall.

Although I have focused a lot on building relationships within my community, I also feel that 21st century living has allowed us to enlarge our village by also including people that may not necessarily live in direct proximity to us, but that we spend a lot of time with. I immediately think of work colleagues that I have built connections with and that have become an integral part of my village, but really, I welcome anyone into my village that wants to take on life collaboratively. It’s cheesy but it’s true that “teamwork makes the dream work!”

I guess what I’m trying to illustrate is that despite our lifestyle changes, the opportunities are still there, they are just presented differently. And although when life gets busy, isolation may seem like the easy choice (especially for introverts like me), there is not only far too much to lose by passing up these opportunities and choosing isolation, but also so much to gain by taking the time to connect and build our village, our 21st century village!

2 thoughts on “It Takes a Village, a 21st Century Village”